: who someone is : the name of a person

: the qualities, beliefs, etc., that make a particular person or group different from others

Your online identity is described on Wikipedia as

: Internet identity (also called IID), or internet persona is a social identity that an Internet user establishes in online communities and websites. It can also be considered as an actively constructed presentation of oneself.

In the past, people used to feel shielded behind the screen and viewed their online presence as an anonymous presence, being able to be anyone or thing they wanted to be. However, this is changing as we are becoming digital residents, leaving pieces of ourselves online each time we sign on and giving personal information to websites as digital identifiers.

Additionally, even though we may seem anonymous in our presentation online, we are posting putting ourselves out there into a world that never forgets. As we are posting into this vast online world, we are vulnerable to a variety of interpretations. Wesch describes this as a context collapse.

“The images, actions, and words captured by the lens at any moment can be transported to anywhere on the planet and preserved (the performer must assume) for all time.” – Michael Wesch, July 23, 2008.

As well as images, actions, and words being captured and transported anywhere and preserved, they are also open to many different understandings. This is something I have struggled with in this course and posting my reflections online for many to see, keep, and interpret. I don’t consider myself a very skilled writer, so putting my thoughts into words and posting them for others to read is something I struggle with. I also tried my first vlog in this course and it took me many attempts to get the video I thought was “acceptable” to post.

So why do I struggle with putting myself out there in the online world, when I find myself to be quite the people person in the face-to-face setting? Perhaps it is because I am creating an online identity in a world that is less forgiving and doesn’t forget.

Jeffrey Rosen, explains this phenomena in is article on “The Web Means the End of Forgetting.” In his article he gives many examples of people who lost jobs, were denied privileges, and essentially publically shamed because of something that was posted online. Additionally, companies are doing their research on potential employees by conducting online searches of people. Have we lost our ability for a second chance?

When I think back to my adolescence and some of the ridiculous, yet harmless, things my sister and I would do in our spare time and imagine if these were shared online, it makes me cringe. My already hard adolescence years would have been caught for others to judge and share, without the context I shared with my sister. Then to think of the mistakes that were made during my teenage years, which have long been forgotten.

Rosen explains that we are now experiencing a “collective identity crisis.” We used to be able to shape our identity dependent on the different role you were in (at home, at work, at sports, etc); however, the idea of an augmented reality and digital dualism is changing this ability, since all our identities are intertwined.

So how do we defend our online identities? How do we teach youth to be forward thinking and present an acceptable identity for when they “grow up”? How do we create a community of forgiveness and empathy in the online world? How can we stress the importance of “owning” your digital footprint?

The way social media impacts our online identities is something I reflect upon regularly, but the course readings and videos from this week really struck me. It is hard to believe the impact that social media has on our reality. And the reality of it is, young Canadians are growing up in a wired world.

It is hard to believe how much of our online presence is impacted by an algorithm which shapes the content we are shown. Sites such as Facebook are experts at this, deciding which posts we should see through a mathematical equitation. This is something that really grinds my gears as only became aware of this algorithm after reading “Facebook – Our ffriendly automated identity bender” by Jason Miller.  I had a feeling Facebook somehow was differentiating what I should see due to the content of my News Feed, but I was unaware of the invisible criteria. Miller’s post lead me to a post by Danah Boyd regarding what the Facebook experiment teaches us. It is hard to believe that Facebook chooses who we should see and interact with (just so we will come back again… and again). Furthermore, does what we see have a greater impact than just coming back? Does it affect us emotionally?

Facebook created a mood manipulation experiment to find that exact question out. Is Facebook slowly changing the way we see the world through this invisible power?

“Because so many people, rightly or wrongly, use the platform as their primary communication medium, Facebook’s news item filtering algorithms can have a direct impact on what kind of person your ffriends think you are.” – Jason Millar

But this isn’t only Facebook’s problem. The way social media impacts our identity is prevalent on all social media sites. Additionally our identity is shaped in what we choose to post and how we choose to perceive others posts. In the case of Madison Holleran, her life seemed to be ideal, by what she was posting on Instagram, but what was missing was the parts of her life you can’t see… the hardships, struggles, and depression.  The hashtag campaign #LifeUnfiltered opens the conversation of how much we filter our real self on social. Our identities are often projecting a spilt image, depicting to your social network, the person you want them to see. Are we masking depression online? Why do we feel the need to compare ourselves to others online?

So I leave you with this question: Are our lives really an augmented reality? Do we really experience digital dualism? Or are we living a split life between online and offline, presenting the “person we want to be” in our online identities? 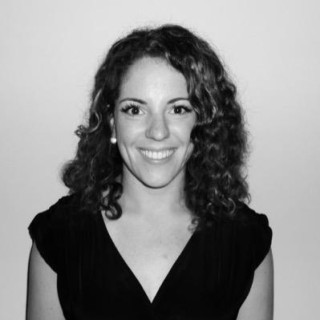